Arm pain is common among supposedly healthy young baseball players and nearly half have been encouraged to keep playing despite arm pain, the most in-depth survey of its kind has found. The findings suggest that more detailed and individualized screening is needed to prevent overuse injury in young ballplayers.

The most in-depth survey of its kind found that arm pain is common among supposedly healthy young baseball players and nearly half have been encouraged to keep playing despite arm pain. The findings suggest that more detailed and individualized screening is needed to prevent overuse injury in young ballplayers. The study, led by Columbia University Medical Center (CUMC) researchers, was published this week in the online edition of the American Journal of Sports Medicine.
Related Articles

“Both nationally and internationally, we’re witnessing a troubling increase of elbow and shoulder injuries in young baseball players,” said study leader Christopher S. Ahmad, MD, chief of sports medicine and professor of orthopedic surgery at NewYork-Presbyterian/Columbia and head team physician for the New York Yankees. “The likely explanation is that they’re throwing too much, too early, putting increasing demands on their bodies that their bodies are not ready for. Despite current guidelines and precautions–for example, limiting pitch counts and emphasizing off-season rest–many players are still sustaining overuse injury to their throwing arm. Thus, it’s vital that we develop better ways for coaches, parents, and clinicians to identify players at risk so we can prevent irreversible injury and season-ending surgery.”

As a first step toward this goal, Dr. Ahmad and his colleagues designed a questionnaire to learn more about the frequency, severity, and psychosocial effects of arm pain among active adolescent baseball payers. The questionnaire was completed by 203 players from New York and New Jersey between the ages of 8 and 18. All of the surveys were completed without input from parents or coaches.

The study also found that:

Pitchers, compared with infielders and outfielders, were especially likely to have played with pain. One-quarter of pitchers reported that they “often” or “always” had pain the day after throwing. “These pitchers likely represent one of the higher-risk groups for incurring a future overuse injury and thus warrant particularly high monitoring,” said Dr. Ahmad.

“It’s alarming that so many young baseball players are encouraged to play with pain,” said Dr. Ahmad. “Years ago, prior to concussion protocols, we observed something similar in football, where players who suffered a concussion were routinely sent back into the game after ‘recovering’ for a few minutes. The initial concussion lowered the threshold for another concussion, and the repeated concussions put the player at risk for permanent damage. I think we’re seeing a similar problem in baseball, where playing with arm pain is setting the stage for more serious injury.”

Dr. Ahmad suspects that this phenomenon has contributed to the recent rise in “Tommy John” surgeries among college and professional baseball players. (“Tommy John” surgery is the colloquial name for reconstruction of the elbow’s ulnar collateral ligament. The procedure was named after the former Los Angeles Dodgers pitcher, who was the first to undergo this repair in 1974.)

According to Dr. Ahmad, current precautions and guidelines are inadequate for preventing injury. “It’s not enough to set pitch counts based on a player’s age,” he said. “While some 14 year olds are already quite mature, in terms of their skeletal structure, others haven’t even started their growth spurt yet. We need to come up with more individualized throwing programs and better ways to detect which players are at risk for injury.” Dr. Ahmad is currently investigating the use of ultrasound for correlating arm pain with tissue damage. 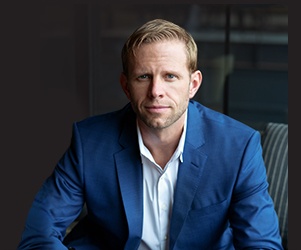